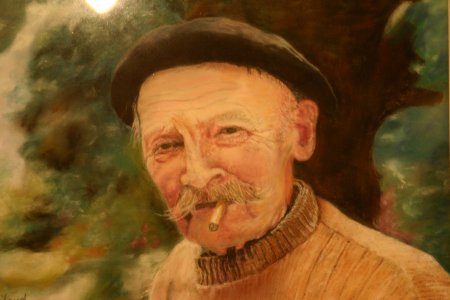 The house of Payrac (1822) or more exactly the 'Sagne du Besset' (the ‘sagne’ indicating a peatery in a mountain area), inherited the name of their first inhabitants, Sompayrac. Located at an altitude of 850 meters, at the heart of a forest where the Tarn meets Lake Laouzas (‘Lauze’ means the schistous plates which surbedded and cut covered the roofs of the farms).

The forest of oaks and beeches which surrounds the farm of Payrac, has its ' pesquier' (kind of water reserve-bassin with several functions: fire protection, to overcome dry periods, etc.). This forest appeared at the beginning of 20th century, after 1921, following the abandonment of the farm caused by pauperisation of the ground.

Payrac is a peatery farm with three levels: ground floors where the sheep were parked, and therefore the heat went up to the next level (place to live) through the floor. 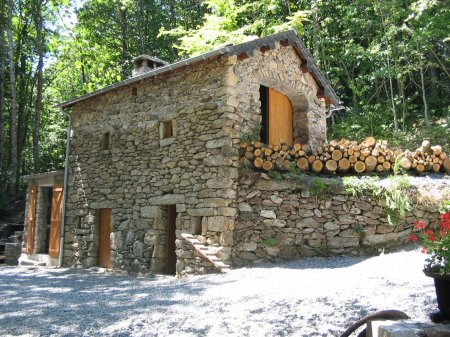 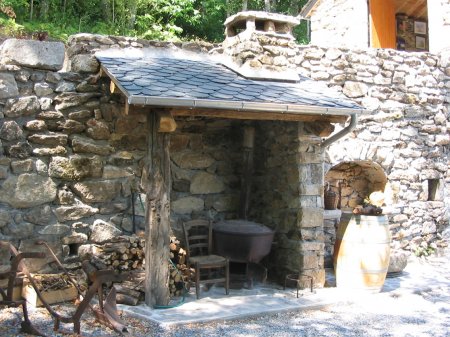 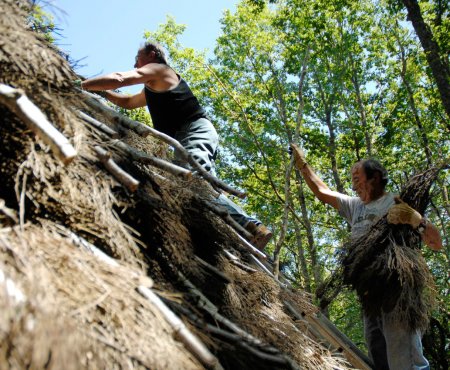 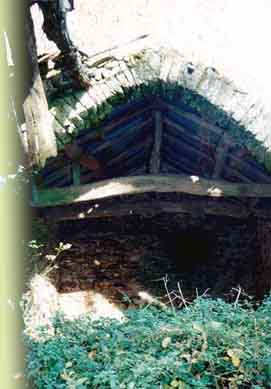 On this first floor several generations of the same family ate, slept, most clearly passed their evenings doing all kinds of small work, for example making baskets or seam. On the second floor, the hay was stored to stop human heat and therefore isolate the building.

This multiple layer principle was used until the time of industrial revolution in 1870. Several buildings: a bakery oven in a small shed, hayloft or a cattle shed with cows were added onto the building since 1841. One will find, at a glance, clever installations which simplified the life of the peasant: boilingpots, trapdoors for the hay, etc.

After having lived there during three generations (60 years), and having sold the property to their tenant, the Sompayrac returned to their area of origin, Murasson (Aveyron).